Nandi Hills is a favourite picnic spot for Bangaloreans.  Then at its foothills, there is another, yet not so famous destination which has a long history.  Bhoga Nandeeswara is a beautiful temple complex, built from 9th to 15th centuries by various kingdoms starting from Cholas.

When I got a chance to participate in a Photowalk organised by Nikon team, I went without much expectation. But to my surprise, it was a marvellous place with a lot of architectural masterpieces. Though not much of maintenance is being done, this is a serene and clean place.

This 1000 years old temple was believed to be built by five dynasties over a period of 700 or more years. The Cholas, the Hoysalas, the Gangarasas, the Pallavas and the Vijayanagara Empire.

When we had started the Photowalk around 7:00am, there was right amount natural lighting for photos and well as less crowd. After 8:00am, the light was not very favourite, and then there was a reasonable crowd of devotees.  We split into three groups and started the photo shoot. We have had asked to bring 5 photographs covering a different theme.

The ornated pillars are very fascinating. There are Nandi sculptures inside the Mandapa (the entrance hall). This temple is dedicated to Lord Shiva and another diety “Arunachaleswara” again a form of Lord Shiva.

Many stone carvings on sanctrum wall

After roaming inside the temple, we realised that there is a picturesque pond located inside. I could have done some reading before this event then, probably we would have covered this in early hours when the natural light was in favour. Undoubtfully, this reflecting pond is the prime highlight of the temple’s architectural masterpiece!

One should be lucky enough to get a “no-person image” in wide-angle. I could shoot a couple of them as below.

One of my team member working on his composition 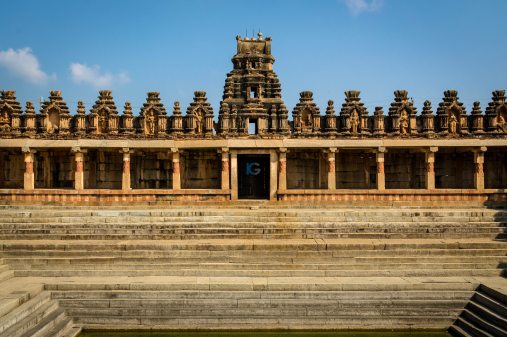 North exit of the pond

Reflections are so picturesque

We winded up by 9:00 am with a group photo of all participants. Outside the temple complex, there is large open space and greenery. This is a perfect place for outdoor wedding photoshoot. I saw a professional team at work. 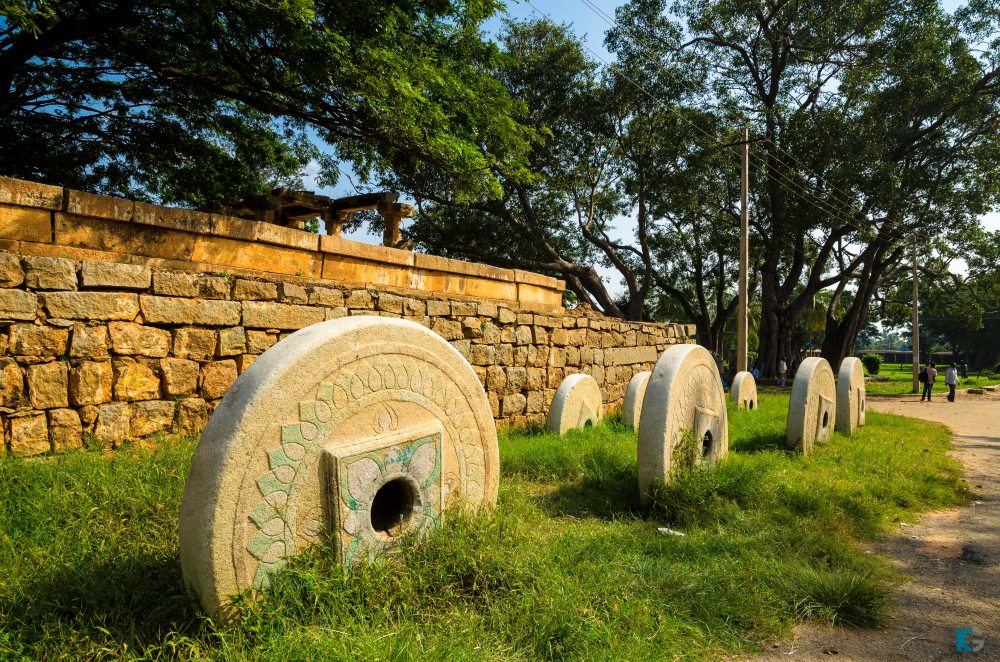 I was done with these final ones. Many were still wandering outside the temple complex for further photos, however, at that time my only aim was to reach ‘Nandi Upachar restaurant ‘ on the airport road.